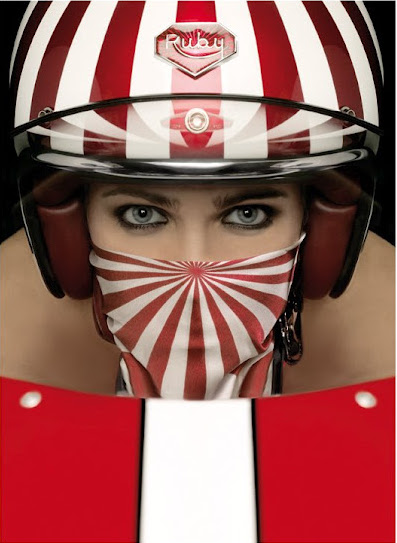 If we review a product, you will find it here 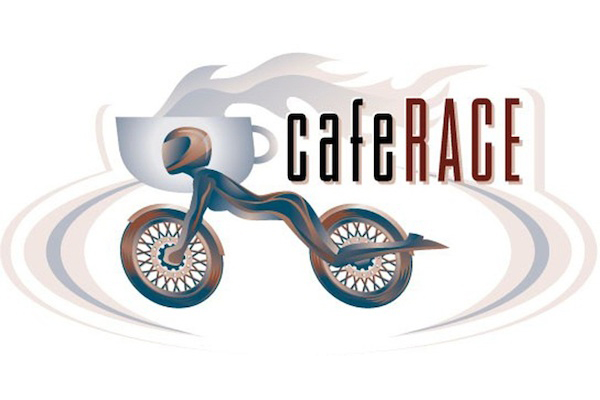 CafeRace, Inc has been providing parts specifically for Cafe Racers for a dozen years or so now. Our parts are either made in Colorado, or chosen from some very cool partners around the world. As much as we love it, if we were financially responsible adults, we would probably be selling iPhones or credit derivatives  or something. We want to hear from our customers, and really like finding that oddball or out of production piece. We have even put some one-off pieces into production, so if you have something we should be making, let us know. 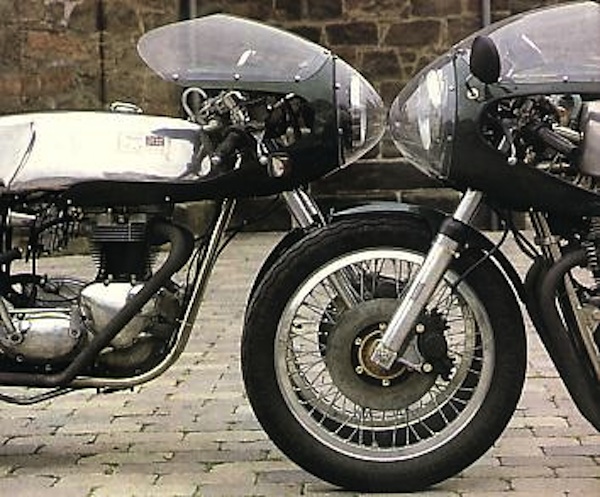 A cafe racer is a type of motorcycle and a type of motorcyclist. Both have their roots in the 1960s British counterculture group the Rockers, or the Ton-up boys. In most places the term refers to the specific cycles that were, and still are, used for short, sharp, high-speed trips from one pub or coffee bar to another. And the ton is 100 mph, not what you weigh in at after eating those chips at the transport station.

Rockers were a young and rebellious Rock and Roll counterculture that wanted a fast, personalised and distinctive bike to travel between transport cafés along the newly built arterial motorways in and around British towns and cities. The goal of many was to be able to reach 100 miles per hour (called simply “the ton”) along such a route where the rider would leave from a cafe, race to a predetermined point and back to the cafe before a single song could play on the jukebox, this was called record-racing.

The term Cafe racer is still used to describe motorcycles of a certain style and some motorcyclists still use this term in self-description. A cafe racer is a motorcycle that has been modified for speed and good handling rather than comfort; single racing seats, low handle bars such as ace bars or even one-sided “clip-ons” mounted directly onto the front forks for control and aerodynamics, half or full race fairings, large racing petrol tanks often left unpainted, swept back exhausts and rearset footpegs in order to give better clearance whilst cornering at speed.

These motorcycles were lean, light and handled road surfaces well. The most defining machine of the Rocker heyday was the homemade Norton Featherbed framed and Triumph Bonneville engined machine called ” The Triton “. It used the most common and fastest racing engine combined with the best handling frame of its day. Worthy of mentioning here is that an entire new sub-culture has evolved since the heyday of the Rockers. The ‘Cafe Racers’, a term that existed in the 1950s and 1960s to refer to bike riders of the race track, but is used now to describe motorcycle riders who choose classic/vintage British, Italian or Japanese motorbikes from the 50’s-to late 1970s as their bike of choice, over Harleys or new Japanese bikes.

These Cafe Racers do not follow the fashion/music subculture of the Rockers, old or new, but dress in a more modern and comfortable appearance with only a hint of likeness to the Rockers style. Common Levi jeans, generic motorcycle jackets, boots and/or shoes with modern helmets being the norm, instead of the very specific brand names, styles and look established by the Rockers. These Cafe Racers have taken elements of the American Greaser, British Rocker and modern motorcycle rider look to create a style all their own. Because the affects of drinking alcohol are detrimental and thus inarguably recklessly dangerous for operating any motor vehicle it is obvious why Cafe Racers choose to stop for drinks of coffee rather than alcohol.

The operating of motorcycles after consuming alcohol is somewhat acceptable to the image of riding choppers or cruisers further making them the antithesis of Cafe Racing. A lighthearted term has arisen for motorcyclists who dare to ride between places where they can consume alcohol, such as a tavern, called “TtT Racing” which is a play of words on TT Racing and an anagram of riding from: “Tavern-to-Tavern”. 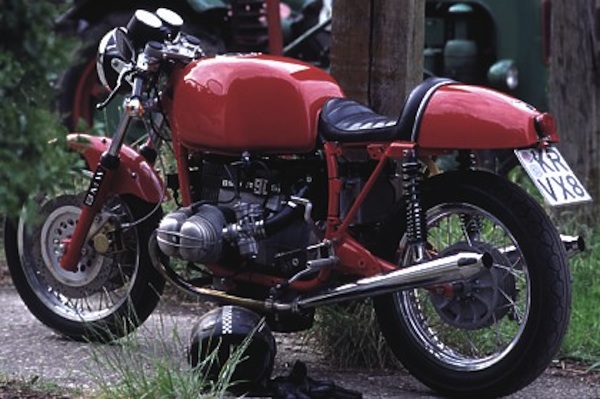 The Cafe Racer is an expression of your soul…or at least what your soul would look like going fast on two wheels. Oh, and the soul is usually, red, black or hand beaten aluminum.

These are the bike marques that define cafe racing. Put on a shirt dude. 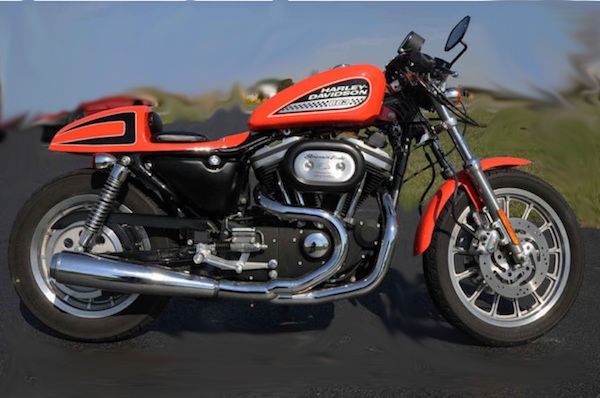 CR-0700 is the part number you’re looking for if you want to fit some fiberglass to your 1986 – 2003 sporty. This seat pan fits to your frame very much like a Corbin gunfighter, pieces of which were a basis for the mold. This does not “fit like a glove” on the newer 2004 and up sportsters. 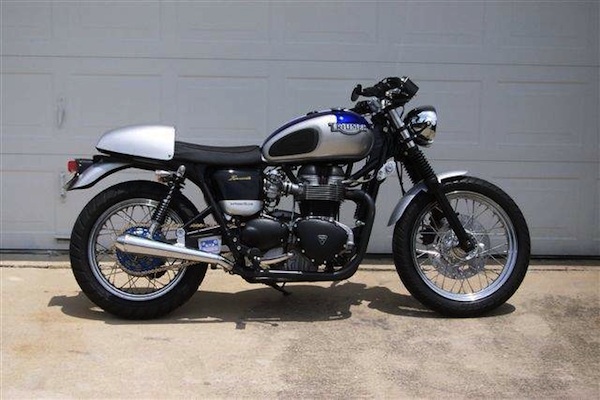 Back around 2001, before we saw a proper Thruxton, the new Bonneville came out, and we said…whoa…if we made a cowl for that, it would look like a sweet cafe racer. And it does. The part is CR-0600, and is fiberglass-only, you will have to figure out mounting on your own. But you’re handsome and resourceful, and we have faith in your abilities. 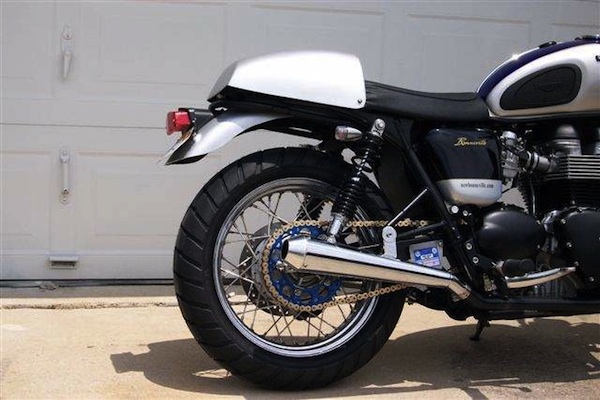 CR-0620 is the part for that modified smooth rear fender hangin’ out under the cowl. It gets rid of those convoluted stock fender indentions for that “baby butt” feel. 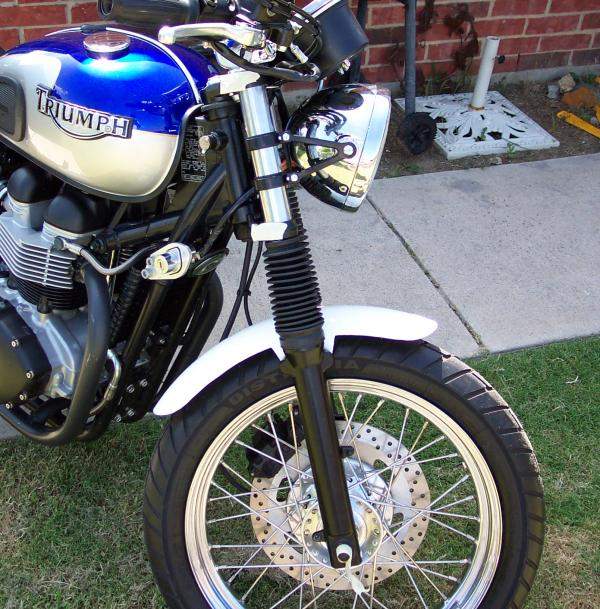 CR-0610 – An abbreviated shorty fender that really sets off the looks of your newer Bonnie. 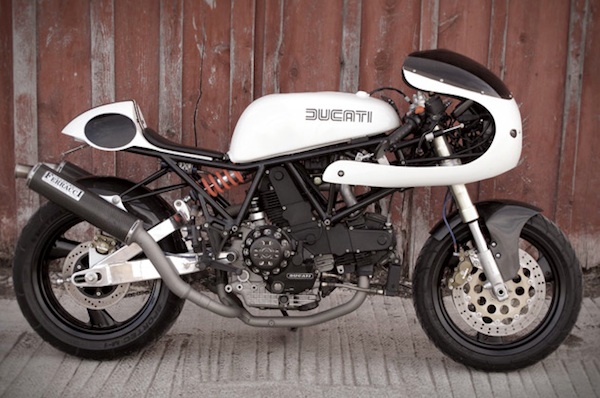 The CR-0500 is the Ducati IMOLA fairing that just oozes that vintage 70s badness.

It's about Cafe Racers

Return of the Cafe Racers